That’s how health officials in Mississippi describe the continuing rise in COVID-19 cases and the pressure being placed on hospitals. The big concern is the lack. For southern York County, the Gazette and Daily reported, “When the Liberty Limited crack train on the Pennsylvania Railroad is on its way from Washington to Chicago, on its initial trip with the new streamlined equipment, this Wednesday, industrial plants in the lower end of the county will blow whistles for a salute.

As an international film facilitator and producer, there is something I often hear from the many directors of photography who come riding on the backs of global projects to shoot in India’s slumdog millionaire tiara: “Point the camera anywhere and it is breathtaking.”

“Hell, even it’s flaws look great on camera. “You know what? Mumbai reminds me of New York and Brazil in one place. And Paris, on a rainy day.”

They do not complain about god-gifted light or the twilight magic hour or about the city’s restricted urban flora and fauna or even the Arabian Sea it faces, with its worn-down, overcrowded beaches, that on hot summer nights can feel like an enclosed room circulating limited hot air.

There is beauty to be beheld, in the inevitability of change and the shocking realisation of mortality that requires an “eye” not only to see, but to capture it within a frame. Showcasing ephemera in all its rawness requires some augmentation, cinematically speaking.

Touch-ups, colour correction, a colour grade, or even choosing black and white over colour are necessary to define a city like Mumbai’s visceral beauty into what is considered a universal look.

This applies to megalopolises when projected on film or omnipresent as a character in a film.
Be it Brazil, Argentina or Cuba – the point of view of a photographer or filmmaker seeing a city becomes the way of seeing that city, co-opting it into a sort of uniform film location, it’s griminess sitting pretty with films, photography in the visual world for a long while until another wave of
“seeing” sets the bar.

In the case of Mumbai, waves of cinema have done so, from Salaam Bombay to Slumdog Millionaire. Waves of films have followed. Currently, could it be Gully Boy, or Leila – the gritty, dystopian Netflix series not set in Mumbai but could well be, for its depiction of a future where such a city is divided, segregated into part-landfill and part-glittering skyscrapers carelessly set around a disappearing shoreline, barely seen.

Every year the monsoon delays and departs progressively later, way after its sell-by date. Two years ago, the lane leading to my place was flooded with waist-deep water in early September. Last year, it rained unceremoniously at the end of August as cyclone warnings and a Dolby digital-scale thunder
storms crackled in the night sky. 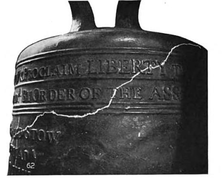 This year, along with the pandemic came forewarnings of cyclone Nisarg, that too in late June, usually around the time Mumbai receives one of its few pre-monsoon showers. Though the cyclone did not land, the torrential rain that pelted the city for nearly a week did all the damage a cyclone would have, to old buildings like mine, had it landed.

Even later, this September, as water battered the window of a friend’s apartment in Bandra, I stayed awake thinking of what could be happening in my corner of Santa Cruz where, just a week prior, thinking the monsoon had ended, I had salvaged a few dry books and pieces of furniture to save them
in not-so-wet corners of my flat. But right then, it rained for over 48 hours.

As the India Meteorological Department warned of flooding and asked Mumbaikars to stay home yet again, I returned to my apartment to find the dry corners submerged and the few dry books and things, pulped.

Three weeks ago, the same “flash rain” occurred, unseasonally, but by now it was mid-October. In Amitav Ghosh’s well-timed book, The Great Derangement, the author begins his very first story on climate change with the line, “Who can forget those moments when something that seems inanimate turns out to be vitally, even dangerously alive?” Making a strong case for climate change to be part of fiction since climate change vitally and dangerously has indeed become a part of our every day, the author suggests that climate change is relegated to non-fiction because random, sudden and tumultuous events can seem “incredible’ in narrative fiction even though such events may be real.

A freak event of nature such as a storm wiping out an old Mumbai flat would seem more credible in a movie, and even then, would require a cautious treatment to make it credible. It was ironical, then, that on my first visit to my locked flat, a copy of The Great Derangement lay on the living room floor, covered in cement fallen from a crashed false ceiling, its pages covered in black fungus, its spine mutilated.

To the owners of the city’s many locked apartments in old buildings, the fear of flooding from above and below, the water when, vitally inside, destroys everything in its wake. Some, like me, could find themselves sitting in a strange place (a friend’s locked flat) wondering what further damage
gushing streams of water flowing down the stairs and collecting in the flat above, and unexpectedly releasing itself into the flat below – silently and yes, dangerously.

And, like me, would some stumble in, a few weeks later, into their wet, dripping homes, only to discover map-like stains haemorrhaging silently on the walls and tiny mushrooms growing out of their things, the eerie patina of fungus, still fresh and omnipresent, as though someone altogether new inhabits the space?

This year, thanks to the lockdown, I had been cloistered up in Delhi with my four dogs and a cat. Between March and September, many unsuccessful attempts were made at going back to my usual life. What is my usual? It is waking up to get to work in Mumbai and going to bed in Delhi in time for the weekend.

A way of life that confounds those known to me who begin all calls by asking where I am first to then wrap the head around the implications of that. Delhi means family home, a home with pets. If my response is Mumbai, it means I am in my “nesting workplace” where my office is my home and my
home is my office. Where I have just enough space for meetings, for crew or cast to meet in the living-dining room and a dining area that is a study cum workspace and one bathroom which all use, including production, staff and help.

The bedroom is no-go area which has all my books and every other possession I value and have collected since I moved to the city in 2001. Mostly books. And things I could collect from travels all over because Mumbai allowed me to earn and live the way I chose, allowed me to take crazy paths and decisions. No other city allows one that kind of liberty and brazen beingness but Mumbai does. It lets you go and lets you be. It allows for so much that you start to believe you are endless and that nothing is impossible until a pandemic arrives and tells you otherwise – that you and your life (and your worldly possessions) are finite.

She became mine 18 years ago. She was not new. She was already 40-year-old and crumbling. Seizing up in bits and pieces – a pipe here, a parapet there. Developers were called to “redevelop” her. Not restore her back to her ‘70s glory, but to raze her to the ground and bring her up
anew to an astronomical version of herself in currency and storeys. That is the usual story of any old property in Mumbai.

There were residents who detested her ageing and shrinking sides. The younger owners were confused, the middle-aged – angry and restless to move into a brand new version, the old and elderly were simply annoyed at the prospect of change but their will held the strongest.

No one can fight the sentiment of an old person who has spent their childhood in the same building, grown older, had grandchildren who rarely visit but refuse to participate in any demolition exercise to make way for something shiny, new and unknowable.

Nostalgia and sentiment are more real to them than faded art deco tiles that crack one at a time to let flood water in, or falling stairs that seem to “still holding up after all these years”. No, old-timers would rather have water dripping in their homes, as cracks spread on the roof than be shunted out to some developer’s apartment with its gleaming chrome lift and industrial size corridors.

That kind of elevation they fear, could be too close to the multi-speciality hospital or hotel where slices of life being celebrated or mourned can be done at a price. They are, to them, not home. 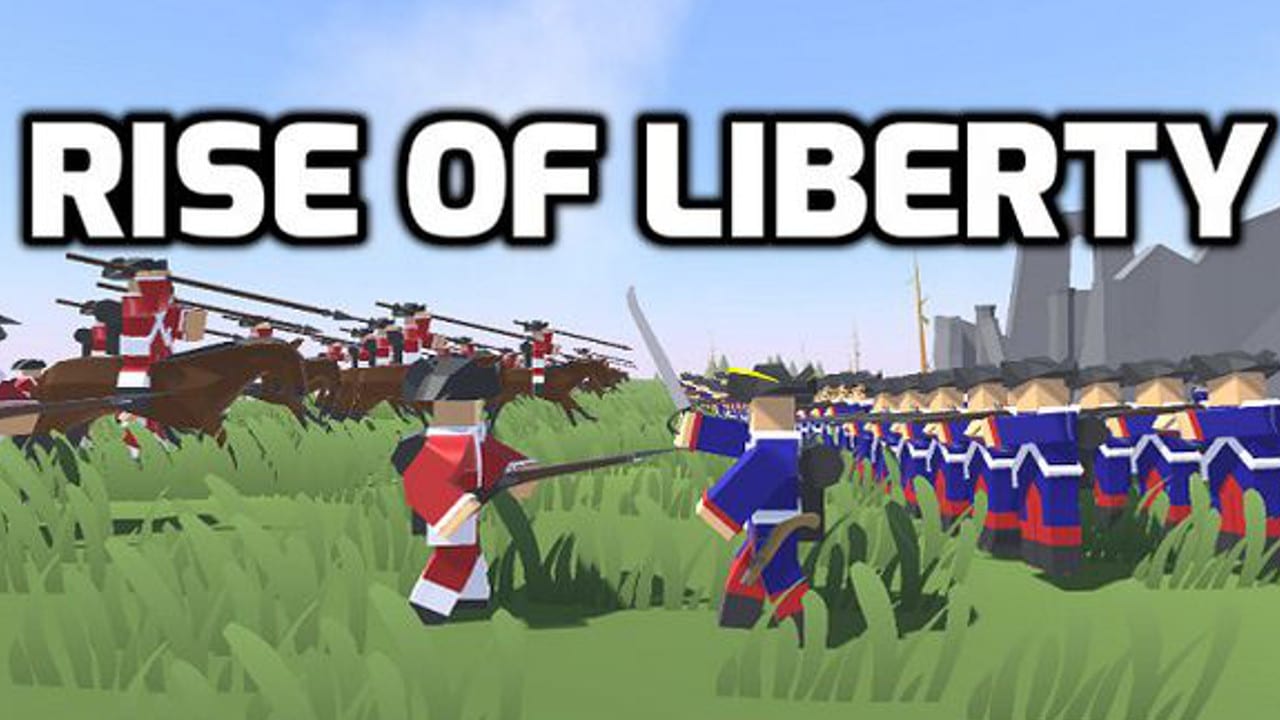 Let us not forget – home is home in the mind purely. Appearances, unlike on film, have nothing to do with it. In such cooperative housing societies, no two residents think or act alike. All they have in common is one falling building and the same “society bill”. As the structure withers, with each fracture, comes further dissent of residents who live in denial of the building’s need for repair.

As the cracks widen further, so do their disagreements, until one fine day, there are no neighbours – the building is empty and most flats are padlocked, their owners too scared to live there. And that is how neglect shapes all the damage as one heavy monsoon after another, a few apartments above yours let the water in, and then a few more, until you return after a nationwide lockdown to find yours truly trashed and still quite beautiful.

So here is my beautifully trashed Mumbai flat – a very own kind of memento mori of inanimate things reduced to their bare bones by something vital and dangerous. I can hear a DP whisper in my ear, “Leave it be, its best left as it is.. use it in a film.”

Sonali Ghosh is a freelance producer and international film facilitator in advertising and films. She is based in Mumbai though very much at home in Delhi.

Support our journalism by subscribing to Scroll+. We welcome your comments at [email protected]

The new European data protection law requires us to inform you of the following before you use our website:

We use cookies and other technologies to customize your experience, perform analytics and deliver personalized advertising on our sites, apps and newsletters and across the Internet based on your interests. By clicking “I agree” below, you consent to the use by us and our third-party partners of cookies and data gathered from your use of our platforms. See our Privacy Policy and Third Party Partners to learn more about the use of data and your rights. You also agree to our Terms of Service.